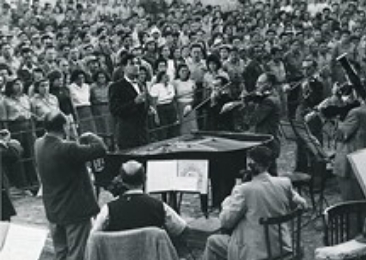 MUSIC IS A HUMAN DOCUMENT

The Israel Philharmonic Orchestra Foundation in the UK (IPOF-UK) promotes peace and open dialogue through the power of music and raises awareness of the IPO as a leading world-class orchestra and Israel’s foremost cultural ambassador, raising funds for the orchestra and UK activity.

Although I didn’t know much about classical music when I joined the IPO, I did know that Bronislaw Huberman, the founder of the IPO, together with the great Toscanini, started the orchestra in Israel as an answer to fascism. That was what won me over.  Music brings people together. It turns the idea of “the other’ into the idea of ‘one another’. As we listen collectively we share more than just the beat, we share a heartbeat. Music touches the soul and making music is the gift of one soul to another.

Now more than ever we need to engage with what we share rather than focus on our differences. Our aim in the UK is to promote awareness of the Israel Philharmonic Orchestra and the work they do to bridge cultural divides, and to create opportunities to further cultural relations within and outside of Israel.

We, here in London, have raised the awareness and profile of the IPO as Israel’s cultural ambassador and have forged cultural links with India, Japan, Korea, Singapore, Germany, Poland, Georgia, Austria, Russia and China. This is particularly important at a turbulent time for Jews in the UK and in Europe in general.

We are so proud of what the IPO Foundation UK has achieved, with your help and support, over the last decade. I am even more proud of what is to come, this includes bringing together the next generation of Jewish and Arab children, allowing them the opportunity to know each other and create harmony

Thank you to those that over the years have become an integral part of this family, and a heartfelt welcome to those who have just entered it. Together with the Israel Philharmonic Orchestra, let’s continue to transcend divides and proudly share beautiful music with each other and with the world.

This coming year brings a new dawn to the Israel Philharmonic Orchestra. After fifty years as music director, Maestro Zubin Mehta hands his baton to the young and remarkably talented Lahav Shani. Lahav, who was voted in by the orchestra members themselves, is just 30 years old, much like Zubin when he began. Together they share a vision for the future of the IPO, and we will do whatever we are able to turn their dream into a reality. 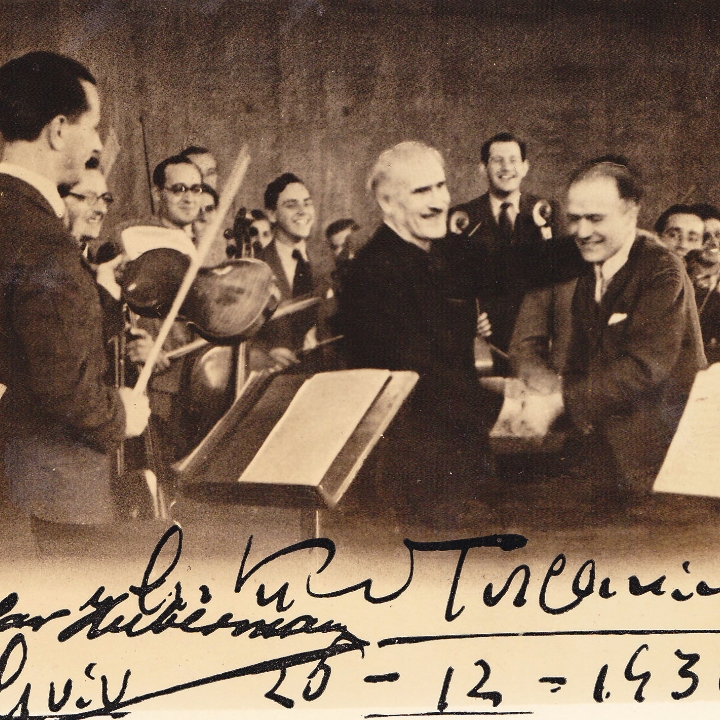 When Toscanini took the baton to be the first conductor of this orchestra, it was his statement against racism.

As he raised his hand, he said
“This is for mankind.”

This website uses cookies to improve your experience while you navigate through the website. Out of these, the cookies that are categorized as necessary are stored on your browser as they are essential for the working of basic functionalities of the website. We also use third-party cookies that help us analyze and understand how you use this website. These cookies will be stored in your browser only with your consent. You also have the option to opt-out of these cookies. But opting out of some of these cookies may affect your browsing experience.
SAVE & ACCEPT
Powered by